16yr old kidnapped, beaten and left for dead in a shopping trolley by Paris vigilantes 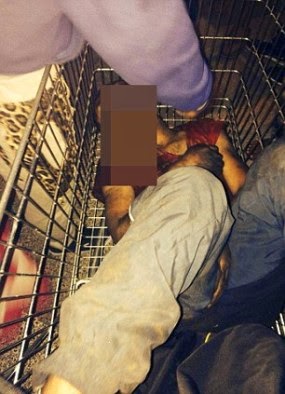 These are the shocking pics of a Roma teenager who was beaten and left for dead in a supermarket trolley. Vigilantes kidnapped the 16-year-old boy, known only as Darius, from the camp he shares with his family near the northern commuter town of Pierrefitte-sur-Seine on the outskirts of Paris.

The thugs rang the youngster’s mother demanding a €12,000 ransom for the safe return of her son. The figure was later reduced to €4,000, but when it was not paid, the gang battered Darius before dumping him in a shopping trolley before leaving it on the roadside. Continue… 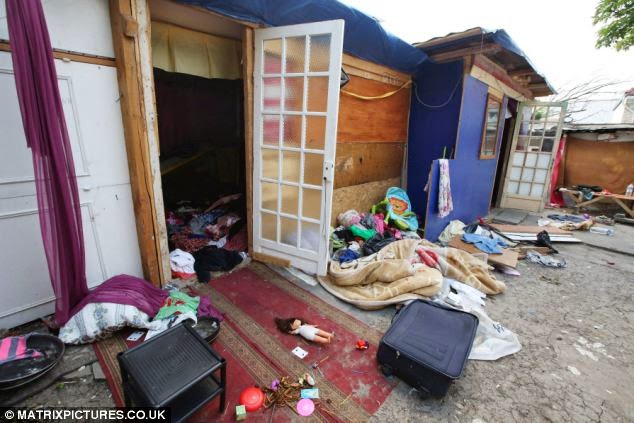 Doctors in a Paris hospital have placed Darius in a medically induced coma following Friday’s brutal assault, which has left him fighting for his life.

Police confirmed that Darius was set upon on Friday night by a ‘dozen masked men on waste ground around Pierrefitte,’ according to a police source.
The boy’s mother has told detectives that she received a call from the vigilantes on his abandoned mobile phone.

The shocking photographs first appeared on The Telegraph.

They were first alleged to have asked for around £12,000 before reducing the demand to around £4,000, saying he would be hurt if the ransom was not met.
Nothing was paid in the end, and Darius was left in the trolley close to the illegal Roma camp in the northern suburb of Pierrefitte where he lived, according to local prosecutor Sylvie Moisson.

Ms Moisson said Darius was held in a basement by men wearing masks and carrying weapons after he was linked to a burglary.

Calling the attack ‘an act of barbarism’, she said the burglar’s description fitted that of Darius, who was ‘quickly hunted, kidnapped, held, beaten and left to die.’
It was his mother who reported the attack, and the victim was found shortly after 11pm on Friday.

A spokesman for the Lariboisiere hospital in Paris said Darius was still in a ‘chemically induced coma’ because of the pain he was experiencing.

BRITISH PRIME MINISTER, THERESA MAY, HAS CALLED FOR SAME-SEX MARRIAGES IN NIGERIA ETC

Breaking: Njideka Akunyili has set a new auction record in New York when her artwork, ‘Drown’, soared to sell for over a Million Dollars: PHOTOS