Since South Sudan’s government captured a rebel base last week in the country’s southwest, hundreds of refugees have poured into Democratic Republic of Congo.

Among them may be rebels, and the Congolese army, wary of conflict spilling into their nation, is arresting any suspected fighters.

Refugees, however, say innocent young men are being caught up in the crackdown, too.

Grace Gaba, speaking from the border of town of Aba where some 30,000 refugees have taken shelter, said her brother, Joseph Moro, was arrested by Congolese troops at a checkpoint last week and has been held ever since. 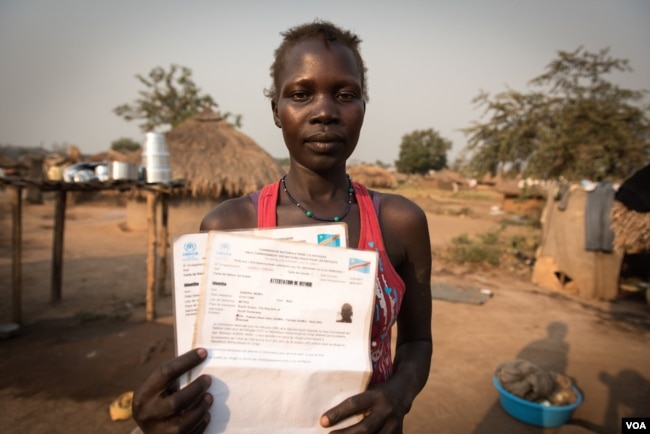 The two of them registered as refugees in January of this year. Gaba said they both stayed in Aba since then, and only went back to South Sudan during last week’s fighting to rescue family members.

“Among us eight, only my brother was arrested,” she said. “Maybe they may think my brother is a soldier, but he is not a soldier.”

It is hard to say how many suspected rebels have been arrested so far. A Congolese government source not authorized to speak to media said nine suspected rebels were in army custody as of last week. Local refugee leaders put the number at 17.

Alexi Kabambi, who leads Congo’s National Refugee Commission in Aba, said those whom the army deems to be rebels are sent to a military base in the town of Dungu, where they may be extradited to South Sudan.

Kabambi said even if rebels enter Congo unarmed and renounce their military allegiances, they cannot be granted refugee status.

“Once you’ve carried a weapon you cannot be accorded refugee status as a civilian,” he said. “Even if you’re granted refugee status, if it is revealed you engaged in military activities in the past, your status can be revoked.”

Liwa Morris Taban, chairman of Aba’s South Sudanese refugee community, said anyone who enters Congo as a civilian should be allowed to register as a refugee, even if that person was previously a combatant.

“According to me, if he’s not a rebel, if he’s not even a soldier, he’s a normal civilian,” he said. “He has a right to be together with the rest in the site.” 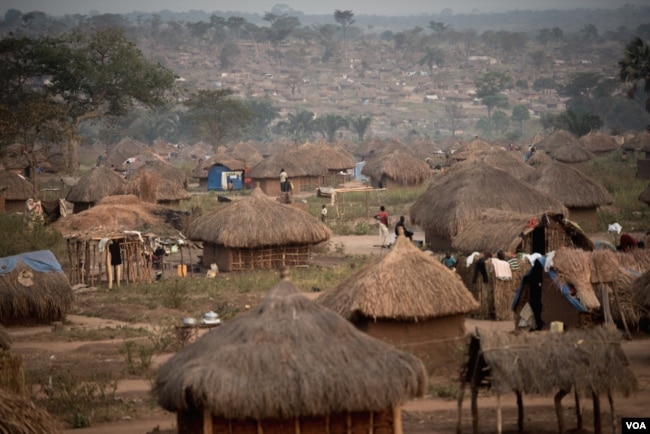 Congo has struggled with an influx of South Sudanese combatants since war broke out along the mutual border in 2016.

In October of this year, nine suspected rebels were handed over to Congo’s army in Ituri province, east of Aba, the United Nations’ refugee agency, UNHCR, said.

And last year, hundreds of fighters from both the government and rebels crossed into Congo, according to a report by the Small Arms Survey research group. Many of those rebels are now housed in a U.N. camp in the eastern Congolese city of Goma.

“Some want to be demobilized and be settled as refugees, but others will later want to return back and fight,” he said. “It is essentially not possible to distinguish between who is ready to quit fighting and who is only there to recoup, recover, and return to combat.”

The army is also not capable of holding detainees for long periods of time in humane conditions, says the Refugee Commission’s Kabambi.

Along with the crackdown on suspected rebels, Congo’s army has attempted to seal the border with South Sudan near Aba, including by deploying more troops to border crossings. They have severely restricted trade and banned refugees from moving toward the border.

This is a sharp change from earlier in the conflict, when people and goods moved more freely between Aba and the former rebel base in South Sudan.

One South Sudanese opposition official, speaking on condition of anonymity, said wounded rebels were previously brought to Aba’s hospital for treatment, but this changed after South Sudan’s ambassador to Congo visited Aba earlier this year.

Attack perpetrated by gunmen who rode on motorcycle,.