(Video) B.I.G.’s Son CJ Wallace Freestyles Over A Beat, Interviews With Ebro In The Morning – Elaborated On The Gay Rumors

CJ Wallace is the son of legendary rapper Notorious B.I.G. CJ is now 18 and sat down with Ebro in the morning to discuss what’s on his plate. CJ has been living on the Los Angeles area since 2004. CJ has been in 3 movies so far. You can expect his third “Kicks” to come out around May of 2015.

He is now in a rap group named “Origami Prophets”. His little brother is the singer of the group. Don’t sleep CJ says. His little bro Spits as well. CJ cited Curren$y,and Big Krit as some influences. 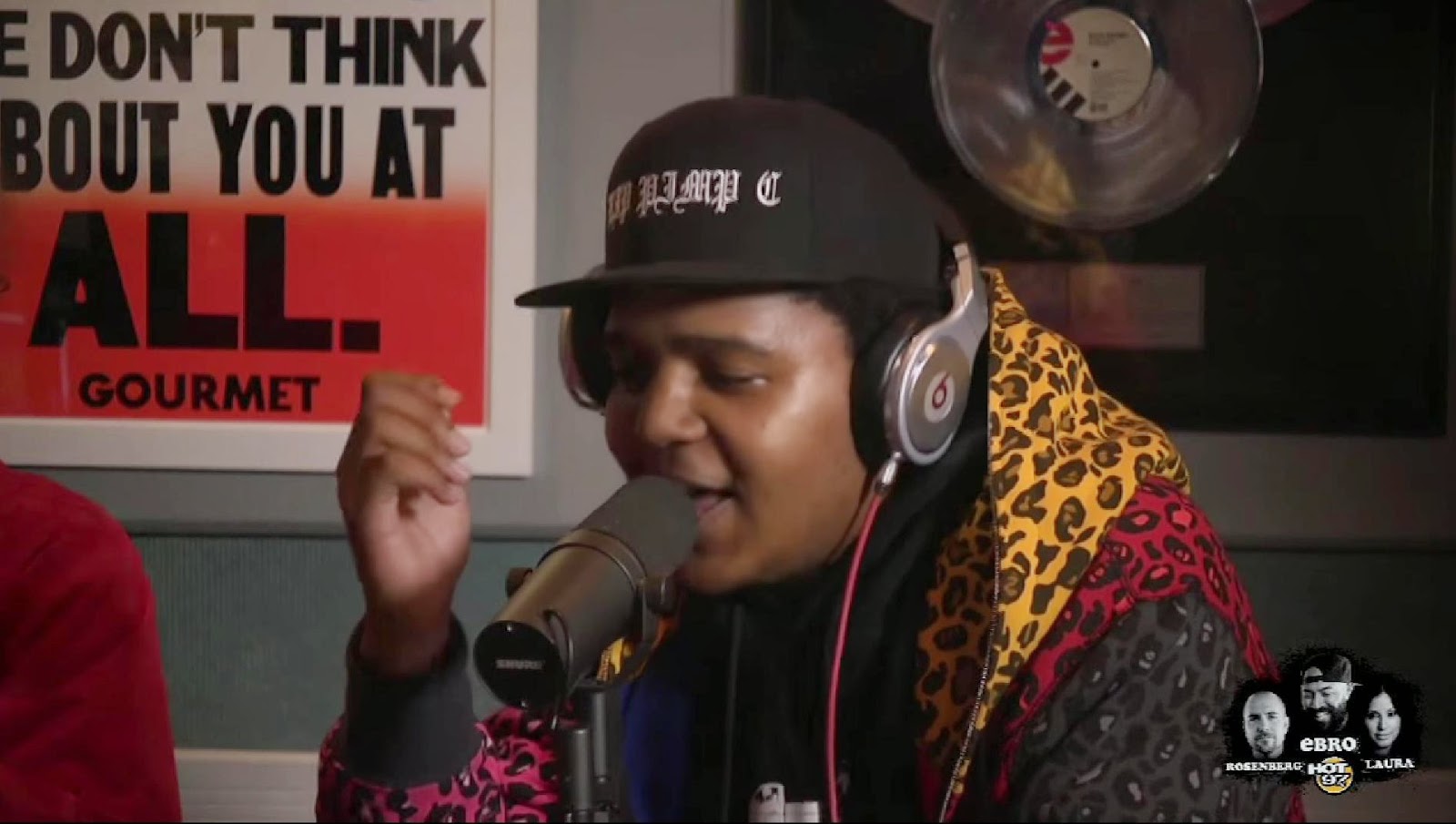 CJ elaborated on the gay rumors. He reiterated that he is not gay. The rumors came from a picture of him and his friend imitating the Titanic pose. Once the pictures surfaced, the public went crazy and ran with it.

Diddy and CJ maintain a stable relationship. “Origami Prophets” main focus is to stay underground. CJ did mention that he listens to his father music, but doesn’t play it all the time. He’s digs the underground rap scene.