Award winning musician, Davido, has broken the silence on Caroline Danjuma’s allegations of him killing his friend, Tagbo.

Actress Caroline, had on Tuesday taken to instagram to accuse the Omo Baba Olowo crooner dumping his friend, Tagbo’s body in a hospital after he had died in davido’s car.

However, Davido has responded via his Snap Chat account that God knows what truly happened.

Davido expressed his sadness and surprise at the death of his “bro”, Tagbo, while also condoling with Tagbo’s family on his (Tagbo’s) demise

Davido also expressed his disappointment at the allegations levelled against him, adding that for the sake of his late friend’s memory and for the family, he would not discuss the issue further 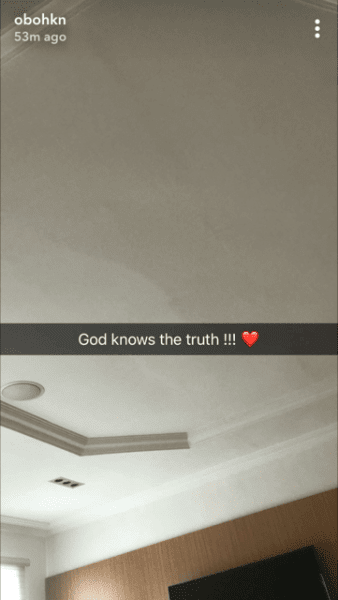 Meanwhile, after making such damaging accusations against Davido, Caroline has warned journalists to stop contacting her for more information, as any information required should be got from the Police. 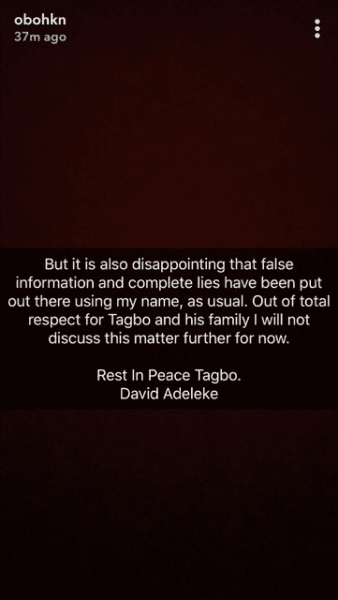 YAWA don gas,Kelvynboy Exposed For Secretly Begging Bullet To Manage Him Whilst Under Stonebwoy