The photos in this story are graphic. Viewers discretion is advised. 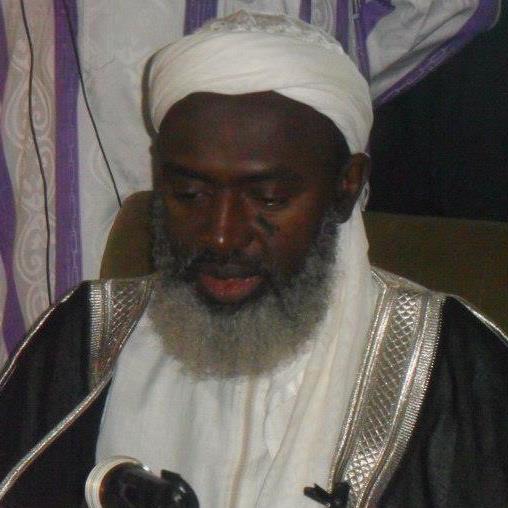 Muslim cleric, Dr. Ahmad Abubakar Mahmud Gumi, on Wednesday night, May 21, 2014 posted shocking photos on his Facebook page which show what appears to be Nigerian soldiers in photos of an alleged mass killing of unarmed civilians and the alleged victims being buried in a mass grave by civilians in Borno State.

The Kaduna-based cleric described the act as a genocide, insinuating that the men in the photos (some appear to be teenagers) were civilians who were rounded up as suspected members of the Boko Haram sect and killed by the Nigerian Army.

The authenticity of these photos cannot be verified at the moment. The cleric failed to say when and exactly where this incident happened.

Post by Dr. Ahmad Abubakar Mahmud Gumi.
Below are the photos he uploaded: 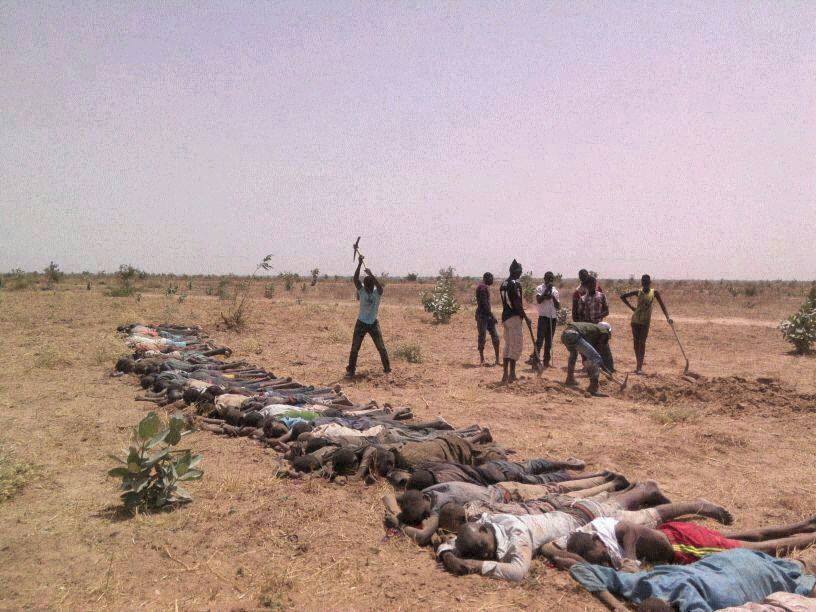 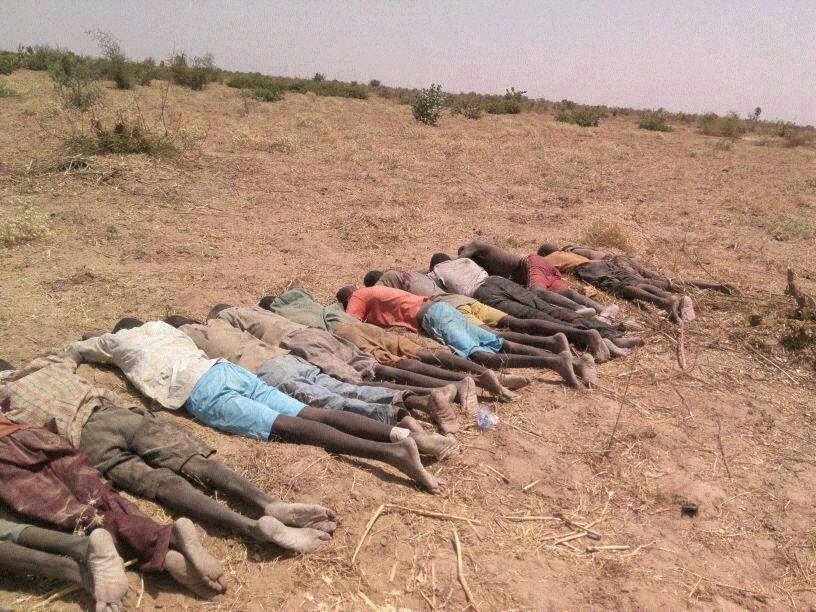 Governor Willie Obiano thanked the police for efforts at combating