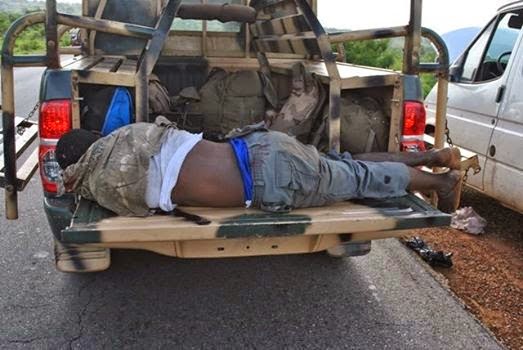 A notorious terrorist and gang leader simply known as Mallam Husaini was shot dead today June 20th along the Jos-Bauch highway by the Nigerian military after his gang engaged soldiers in a shoot out after attacking a military convoy that was on an operational patrol between Jos and Bauchi.

In a press statement released today by the Defence Headquarters, Mallam Husaini had led a series of attacks on security personnel and led the attack on the Police Special Anti-Robbery Squad HQ in Abuja in Nov. 2012 and also led the attack on a military convoy moving from Lokoja to Kaduna where two soldiers were killed in January 2013.

After the shoot out, the military recovered the Ford bus used by the terrorists to operate, 8 Primed Improvised Explosive Devices, rifles, pistols and about 70 rounds of ammunition. See more photos after the cut…*viewer discretion advised* 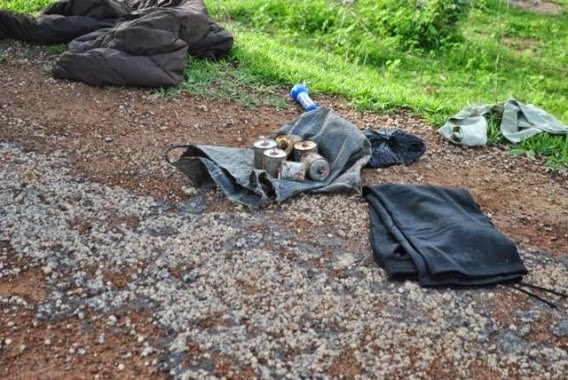 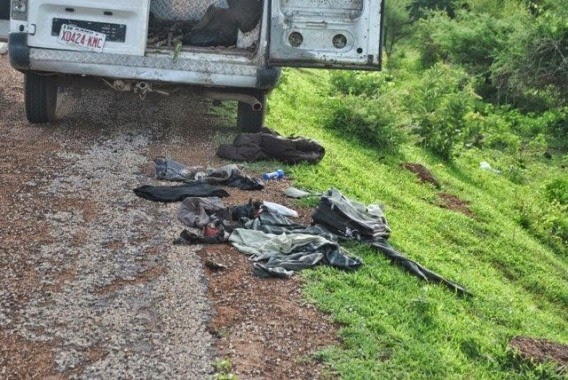 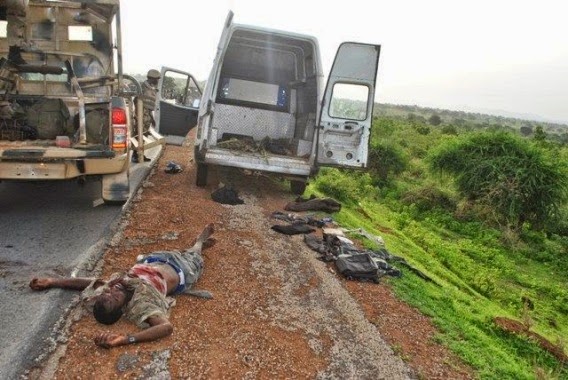 ‘It’s Fueling Terrorism’ – CBN Speaks On Why It Banned Cryptocurrency,