The six new countries, voted on by the 193-member General assembly for two-year terms, will have a strong voice in matters dealing with international peace and security during their time on the U.N.’s most powerful body.

“Peace and security are difficult to achieve,” Kazakh envoy Kairat Umarov, who took the rotating presidency in January, told council members at a special ceremony. “You are going to have a real chance to make a difference.”

Flags of the six new member countries were installed outside the council chambers Tuesday in a ceremony arranged by Umarov. 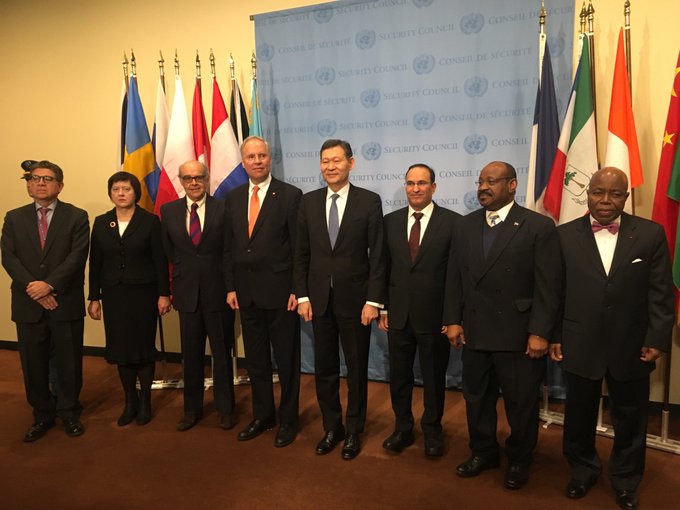 The U.N. Security council has 15 members — five of which (China, France, Russia, Britain, and the United States) hold permanent membership and veto power. Egypt, Japan, Senegal, Ukraine, and Uruguay finished their terms last year, while the Netherlands takes over for Italy to finish a term the two countries shared.

We are happy that Obi left,” Victor Umeh said

Sole Soyinka has commented on his relationship with former Head of State Yakubu Gowon,