While the media is telling fans of the power couple to expect a divorce announcement anytime soon, Jay Z and Beyonce secretly attended a private event over the weekend … and according to TMZ who obtained the pics, it’s significant because it’s the most authentic evidence so far that they’re still very much a couple because it was a private gathering with no paparazzi around so they weren’t trying to play the happy couple. 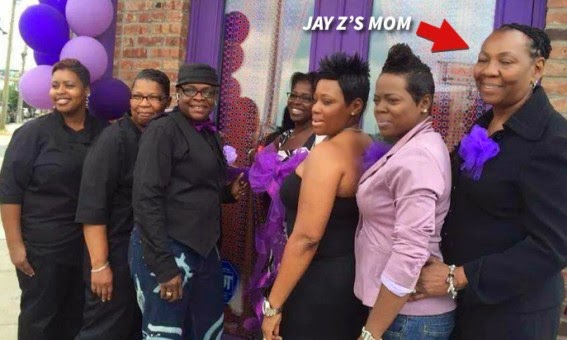 Beyonce and Jay Z attended the opening of Jay’s mom, Gloria Carter’s new restaurant, Diamondz N Da Ruff in Newark. They reportedly showed up at 7pm for the ribbon cutting and champagne toast and stayed 15 minutes. TMZ reports that Beyonce and Gloria hugged and laughed.